Several months ago, I set out to begin a project to help people who had gotten to a point in their lives where they were questioning if this was all there was. The idea was simple, I started looking back and although I believe I have lived a very fortunate life, I knew that I wanted out of it. Plus, after losing both of my parents in a little over a year between them I had some time to reflect on their lives. Building a bigger life was not at the front of my mind.

As you surely know, one of the most sobering times in your life will be when you lose somebody close to you. As you reflect back on your life and relationship with them, it’s almost impossible to keep your mind from focusing on yourself. This is usually one of those things that kicks off erratic behavior or mid-life crises-LOL!

I am somebody who has had my mortality on my mind more than a few times in the last few years. When I look back at something significant like college graduation or getting married, I see a HUGE gap of time that just flew past.

Don’t get me wrong. There’s been a LOT of living done during that time. It’s just that I feel like I’m capable of way more than has happened in that amount of time. Instead of just beating myself up about it, I try to look at what was going on and how that affected my progress.

The only answer I can come up with is I’ve spent so much of my life doing the “right” thing that I lost track of what I WANT to do!

I decided that finding the things that I want to do and doing more of them would be a great driver behind this blog. I KNOW I’m not the only person who feels this way about their lives looking back either. When I hear the staggering statistics from the recent Broken Brain docuseries of like 60% of Americans are suffering from depression or anxiety and the unbelievable number who are on medication, I absolutely KNOW I’m not the only person affected by this looming dissatisfaction.

My feeling was simple: I know the best way to get your brain focusing on grander things is to give it some room to grow and have fun. I also know stepping outside your comfort zone even in little steps gives your mind the belief that it’s capable of more. The more you do this, the more ingrained it gets in your thinking process.

This transformation causes you to imagine bigger and loftier goals for yourself. It continues to build on itself until you hardly recognize the person you’ve become.

And I’m not talking about going from where you are now to jumping out of airplanes either. Like Darren Hardy in The Compound Effect says, establishing the consistent habit of making small changes and building on them can get you where you’re trying to go.

Somewhere during the strategizing phase, my brain did what it’s been so good at for a very long time. It presented me with some MORE physical/emotional challenges.

Throughout the last ten years or so, I’ve had one niggling and not so niggling issue that I believe has been put there for no other purpose than to keep me from greatness. I think most of us know that thing we call “monkey mind” in our brains is there for ONE reason only: to assess and remove any threats to our existence. The classic amygdala “fight or flight” response. Only in mine and many other people’s case, it goes one step further and introduces physical or mental symptoms that are meant to keep you focusing on them and NOT moving forward.

In short, it’s afraid and wants to do anything it can to stop you from risking anything. It knows physical symptoms/problems are best but will settle for pure anxiety or depression.

Where I’m at Now

About two and half months ago, I started having problems with foods I had been able to eat for quite some time. I’ve had issues with IBS in the past so I thought nothing of it really.

I had one bad week of it and decided to go to a gastrointestinal doc. Other than recommending I get my ten year follow-up colonoscopy (oh boy!), I was given some digestive enzymes that seemed to do the trick.

Long story short: I’ve been completely impressed with her approach to my issues. We have initially determined that I have leaky gut almost certainly but were testing to make sure that was the cause and not the symptom. I’ve also bought the Healing Leaky Gut program by Dr. Josh Axe because his approach dovetails nicely with my functional medical doctor.

During the course of our labs, my doctor found one result which gave her pause. She felt I should see a specialist to investigate it further. The specialist: an oncologist.

Now, I know nobody ever wants to hear that specialist’s name uttered in the same sentence as their own. But that’s where we are. From talking with my doc, I understand that it’s NOT that one bad thing and EVERYTHING else points in that direction either. It’s literally one marker of potentially many that have some support in some of the other labs but contraindicated by others. I’ve concluded that I’m happy she was open and honest enough to tell me she would like me to see this oncologist.

I have the appointment on Monday of next week and we’ll see where it goes.

Just so you know, this writing I’m doing right now demonstrates my commitment to moving forward with this blog project. I want to help as many people as possible get past the noise in their lives to focus on what’s important to them. Along the way, challenging themselves to do more and, in the process, building a bigger life.

The journey here will be simple. I’ll talk about things you can do to help you focus on what you want out of life. I’ll be doing simple things that I’ll report on in the hope you’ll try them yourself and see how they do for you. Each activity will be rated on a comfort zone scale of sorts and I’ll give you my experience with it as well as resources to help you try it yourself.

Once again, I know you don’t go from zero to sixty in one second. I also know that attempting consistent small changes can transform your life and make it more exciting, happier and fulfilling.

Will You Join Me?

I’ve already got a slate full of posts talking about numerous things I believe will help you get into and stay in the mindset of constant improvement. I’ll be peppering in some of the activities along the way to keep it more interesting. I don’t think it matters if you’re 30, 50, 80 or beyond. I believe you’ll find something here to help you.

What I need from you is feedback! Leave me a comment below and let me know any topics you’d like to see covered in the future. I’ll do my best to get them out as soon as possible.

Here’s to our journey together, 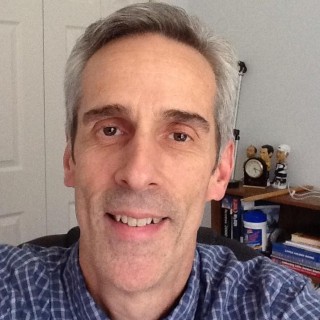 I want to help you get more fun, excitement and meaning out of your life!

Each week, I'll tackle more of the challenges we face in building a bigger life.

Sign up for the Building a Bigger Life weekly newsletter and get access to the great content that will help you get one step closer to that life.

This site uses Akismet to reduce spam. Learn how your comment data is processed.

I'm a guy who's figured out you don't have to turn your life upside down to make it more fun, exciting and meaningful.

I want to help you learn the simple changes that can add up to a bigger life!